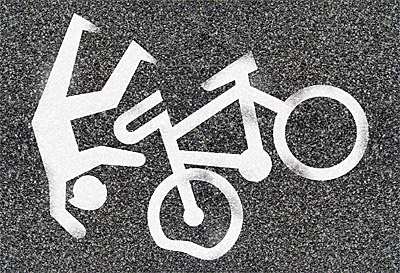 Facebook, Twitter, the blogosphere are up in arms about Florida State House Bill 971, the “Highway Safety and Motor Vehicle Bill“, for a little, last-minute added reference to bike lanes that seemed to come out of nowhere. The bill also has the potential of taking sidewalks away from pedestrians. What’s the story?

Today and Every Day?

HB 917 HB 971* includes a mandatory provision that requires bicyclists to use a bike lane when present, except under certain conditions. In reality, that is pretty much what we are required to do now. People on bikes (any vehicles, really) have to stay as far to the right as ‘practicable’. It’s about civility and traffic flow- let faster moving traffic pass. However, what cars don’t see and rarely consider, is that a person on a bicycle riding to the right has to contend with broken glass, poorly designed drainage, potholes and other road hazards. If you ride too far to the right, you increase the risk that a motorist won’t see you or will clip you when making a right turn. Riding in a bike lane is all well and good when conditions make it safe and convenient and I agree that a person on a bike should use them when it makes sense – but what happens when it doesn’t? The new provision under HB 971 says that we ‘must’ use the bike lane unless we are making a left at an intersection. So… are we supposed to make a left from the right-most lane? And what about roadways where bike lanes come and go, dissolve into ‘undesignated shoulders’ or disappear altogether. The language of HB 971 puts fear in any bicyclist’s heart – by rewriting our rights to the road, the Florida state legislature begs us to ask, what is next? Also, the bill would allow cities to force golf carts onto sidewalks. What!? Yes, people driving golf carts up to 15mph would be told to ride on the sidewalk or bike path. Where are people supposed to walk? And if traffic is moving on sidewalks at 15mph, what does that mean for those of us who ride in the road at under 15mph?

The South Florida Bike Coalition joins the Florida Bicycle Association in asking you to call Governor Crist (850.488.7146) and urge him to veto HB971, the ‘Highway Safety & Motor Vehicles Bill”. It’s bad for people who walk and could be even worse for those who bicycle.

We need all of our voices united on this. The bill could still pass – it is filled with other legislation that is fine and not in conflict to road safety – but we need you to tell the Governor and everyone in Tallahassee that we will not accept legislation that actually makes Florida’s roads less safe. Governor Crist does not have the right of a line-item veto, but even if he signs this bill, his office can direct changes that are positive for all of us. That said, what are you waiting for? Please call now! 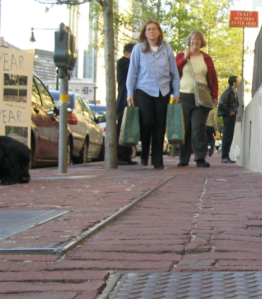 Where is the room for a golf cart?!

* Our thanks to reader Joseph Abromowitz for correcting my typo! Have you called/emailed today?

4 thoughts on “Floridian’s Rights to the Road In Doubt? *Urgent Action Alert*”